It’s not so difficult to believe that God, the Creator of the universe, sings. After all, he made so many creatures that can sing including humans (to varying degrees), birds, crickets, wolves, frogs, dolphins, yes, even mice!

There is singing in all of creation in one form or another, the sounds of nature in the air, earth, and sea. There are those who have believed in the singing of the stars, the music of the spheres as they move about it space. 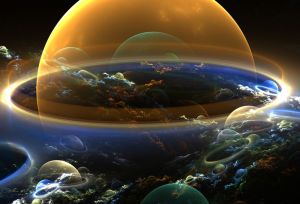 But consider the fact that, as one of His own, God Himself delights and exults over you to such an extent that He sings out in joy …. loudly!

So rejoice, child of God! And sing to Him! As a believer in Christ, you have become part of His family and that inclusion causes not only all heaven to celebrate (luke 15:10) but causes Him to sing. Can you hear Him in your deep heart’s core?