For SandmanJazz’s 30 Day Film challenge courtesy of Cineworld cinemas, the penultimate prompt asks us to volunteer a film that we didn’t want to end. Okay then. Well, are we really sure we don’t already have a movie that doesn’t end whether or not we want it to end? Think of the many Star Wars franchise prequels and sequels and spin-offs, all really part of the same unending story.

I’m good with that. Star Wars has become a familiar part of the movie landscape. First conceived, written and directed by George Lucas, the original Star Wars (1977) burst onto the scene like a starfighter in lightspeed hyperspace with Hans Solo and the Millenium Falcon, Luke Skywalker, Princess Leia and the Jedis, 900-year-old Yoda and Obi-Wan Kenobi. Toy stores would look empty now without R2-D2 and droids like C-3PO and stormtroopers, lightsabers and blasters, Sith and Jedi action figures, and there has to be a corner of the universe where we know that Ewoks live in their forest canopied homes.

When the original trilogy came out, Star Wars, Empire Strikes Back (1980), & Return of the Jedi (1983), they took our breath away with their special effects and the creation of whole new worlds and their denizens, all curiously similar to humans however unsightly, ethereal, fantastic, or fuzzy adorable with their jabbering patois and customs that somehow seemed quite earthly.

Not just that, we went around wishing each other good luck at parting, saying, May the force be with you! like we were part of the universe where rebel forces and star ships were a regular feature.

But this was just the beginning of George Lucas’s cinematic legacy.

The next installment was a prequel trilogy that may not have seen the quality of writing we had come to expect, but the story and the special effects more than held their own. The mysterious aquatic planet of Kamino and the graceful and preternaturally-composed Kaminoans in The Attack of the Clones (2002) are a fantastic feat of  imagination.

By this time Star Wars had truly become the lavish and spectacular, larger-than-life American space opera that it continues to be. Each installment in the saga continues to be a feast for the eyes with more and more phenomenal species and landscapes, and eye-popping characters, e.g. the infamous Jar Jar Brinks.

The most recent sequels have been disappointing to many fans but there is hope, especially as Disney’s Mandalorian promises a next-generation of intrepid adventurers and Yoda-like sages. The eponymous protagonist is reminiscent of heroes from old westerns and the series thus far has a lot in common with that genre. Thankfully, the longevity of the Star Wars universe seems assured.

Sail on into hyperspace, Star Wars, and may the force be with you! 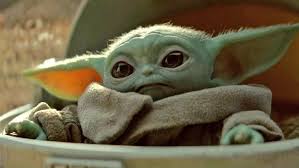